You have no items in your cart

Dr.Shiba's client reveals, “This is one of the best investments I've ever made. Let me tell you why..."

According to veterinarians, this innovative treat gives animals with hip and musculoskeletal problems a second chance at life.

This heartwarming story has taken the hearts of the internet by storm. The dog Cola (12 years old) has been suffering from joint pain for a long time and gradually lost its desire to run. However, thanks to a simple, tasty snack, they were able to prove to the world that they still have much energy!

The hopelessness that sets in when your beloved dog slows down with age and every step they take seems like agony - there's nothing quite like it.

Since joint problems are common in older dogs, many ​owners are familiar with this terrifying feeling.

The same happened to the owner of Cola.

Although Cola is old, she still has that sparkle and will to live in her eyes. But its joint pains worsened daily- she became increasingly apathetic and sluggish. Yuni, her owner, was desperate.

Luckily she discovered Dr. Shiba's Jolly Joints. The formula is precisely designed for movement and joint problems in dogs.

With nothing to lose, Yuni tried Jolly Joints and was impressed with the results:

"I can hardly believe it! She runs and jumps like a puppy. She's playing exuberantly on the meadow again and is happy about every walk!" - Yuni, Cola's owner

And she's not the only one excited about the results of these unique treats!

What is so special about Jolly Joints?

For one thing, Jolly Joints snacks are free of cheap fillers and additives. Because for Dr.Shiba, dog health comes first.

Jolly Joints has been tested, honed, and eventually perfected to ensure every dog, big or small, can lead a happy life.

Thanks to its unique composition, Jolly Joints helps your doggo in a variety of ways:

✔️ Support of the immune system

(e.g. glucosamine sulfate): a component of cartilage, connective tissue and joints found in the body.

(a glycosaminoglycan): This is extracted from green-lipped mussels and is said to help protect cartilage tissue.

Supports heart health and joints, improves kidneys, and boosts the immune system. High amounts of omega-3 are contained in salmon, which is the ingredient used for Dr. Shiba.

In addition, we developed the treats in collaboration with leading veterinarians, so we can be sure they will truly help your dog! Here at Dr.Shiba, the health of your four-legged friend is essential to us. So to pave the way to build a routine to support your dog's joints properly, we want to help you today!

That's why we're giving you a 25% discount on your "Jolly Joints Dog Treats" order.

With the support of Dr. Shiba Jolly Joints dog treats and a proper exercise routine, you can rest assured that your dog can lead a healthy life, free from arthritis and joint pain.

Get long-term results at the best price TODAY! We pride ourselves on the fact that all of our products are made with high-quality, natural ingredients.

Our snacks are not miracle medicine. On the contrary, they provide the necessary support for a happy and healthy dog ​​life.

As with all supplements, continued use is recommended to achieve and maintain desired results. What customers say about Dr. Shiba

My friend recommended this to me.. I've been feeding my 3 doggos Dr. Shiba treats for a month now. Got to say that the Jolly Joints is my personal favorite! They are more playful

My dog, Miggy likes Jolly Joints a lot. Super satisfied with the product and surely my dog is too. Can't wait to have my other dogs try it as well.

I didn't expect it to work that well but after consuming the tub over the course of a few weeks, my super old dog can run again. 💗

My dog Cookie became more energetic and playful after weeks of taking Dr. Shiba's Jolly Joint. Before he barely run and just sit all day. Im glad I discovered this treat!

Ley is up and running again. Absolutely in love with this supplement treat that has been giving her the energy of a young puppy again 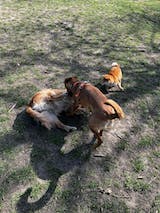 Absolutely in love with this treat. It's so yummy and now I don't need to shake my head anymore all the time. Finally back to being a super doopie healthy golden gal!!! <3

Nice design with a good quality

Super satisfied and also the quality and packing is 101/100 percent so perfect! Will buy again!

Hello. I received my order few days ago. My pug really loves it. I so like the leash freebie. Thank you so much.

My dogs love the treats! 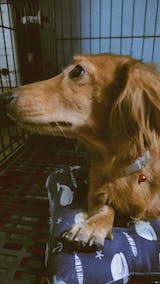 Your products are amazing, and very effective and my dogs love the taste. Thank you

My dog loves it! I've given him treats from so many others, but this has really been his fave so fat. He gets so happy whenever I go near the tub. Will def order again <3

My dogs really like your treat.and also f9r the benefits for their bones and joints..

My Belgian Turvuren and jack Russell x japanese Spitz love the treats so much. They can't get enough of it. I haven't seen the results yet on my dogs. But I'm loving how they love their treats..

Our four Yorkies and Biewer have one treat a day because of their sizes. They either get a Tummy Treat or a Joint Treat. I hope the treats live up to the expectations. The Group seems to enjoy the occasional change from their hepatic kibble.

A
NEW! Triple-Care Bundle with FREE Leash Anonymous
Worth it and will definitely buy again

Already ordered twice of the triple bundle since the first one is such a hit for our 4 dogs. The smell of the treats already makes our dogs excited, they like it so much as a treat and as a topper for the usual meal they have. Definitely worth it but if you have bigger dogs, the treats really go empty fast hahaha